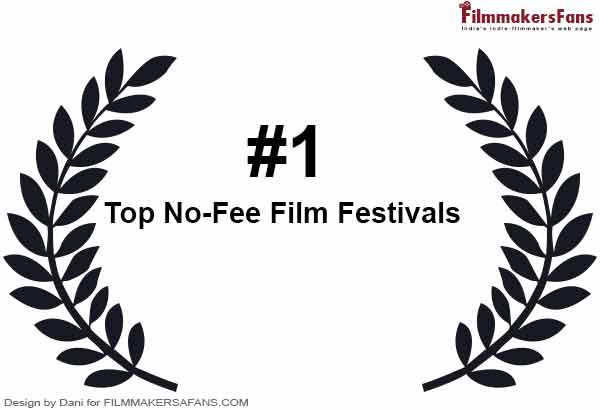 Here, this list has shown you the list of the best film festivals in the world that haven’t had an entry fee (No Fee film Festivals). This listing includes – overview of the concerned film festival, film entry announcement details and contact details.

We have a healthy connection with Tracy Miller-Robbins, the founder of Blog noentryfeefestivals.com. Probably, the inspiration behind the writing of this article is gained from him. This is the primary-part- listing of no film festivals, periodically we up -to-date this section on the basis of the available unique resources.

About The Film Festival: The Indian film festival in Japan is a No fee categorized film festival, which was organized by Thati Media Corporation. Their original entry of conducting the film festival was first reported in 2012. The festival accepts the Documentaries, Short Films and feature films. Selection process is purely based on the content quality and its previous performance excellence at various film festivals.  Out of the entries, they select twenty five films and showcase that in 14 day long film festivals secession.

The Colchester Film Festival is one of the highest ranked film festivals in the world, held at Colchester, Essex, United Kingdom.  The Festival was founded by Steven Dorrington and Tristan Syrett in 2012. The festival exhibits both the feature and short films in the Competition and Non Competition Section.  Excluding this, they conduct a variety programme called ’60 Hour Film Challenge’ where the filmmakers get a paid opportunity to create 5 minutes less long short film under 60 Minutes. There is no submission charge for submitting the films on or before the regular deadline and the films that after regular deadline pay $20 USD to $40.

Since 1996, they organizing the film festivals annually, especially for showcasing the independent films. The festival was founded by Staller Center for the Arts, the event will be held annually at Stony Brook University.  Every year, they calling the entries for films in the genres of short film, feature film, documentary and animation. Look into their official website to know more about their submission requirements.

Founded by Geoffrey Malone and L. Leland Whitney in 1987, it was acclaimed as one of the best film festivals in Asia.  The founding reason behind this festival was principally for familiarizing the Singapore regional cinema to rest of the world also its mission is to nurturing the global Independent Film Movement. On its 11 day long festival secessions are coordinated with the activities like film screenings, award ceremonies, master classes and discussions with the leading industry experts. (See the link shown bottom to know about the submission Guidelines)

Film Entry Accepting From:  May 1st week every year

This list will not be complete, unless we mention the Mumbai international Film festival’s (MIFF) name here. Indian Indie-filmmakers called it as one of the biggest prize offering Film Festivals in the world. The festival was organized by late Hrishikesh Mukherjee in 1997. Annually, the festival is calling the entries, for the films in the Documentary, Short Fiction and animation Genres to its competition and Non Competition sections.

Film Entry Accepting from: August 15th day of every year

This is an eight day long film festival held at Kolkata, India. The festival was organized by West Bengal state government, from the financial aid that received from various corporate and Non-profit firms. Their initial festival secession was launched in 1995 and that was inaugurated by legendary Indian filmmaker Satyajit Ray. Annually, its film submissions are opened in the competition and out of competition sections for the films in the genres of short and documentary films.

Film Entry accepting from: 1st day of July every year

The VIII Naples Human Right Film Festival (Locally- Festival Del Cinema Dei Diritti Umani Di Napoli) is a Italy based No Fee Film festival, now calling Entries of the Short  Films (Less Than 30 Minutes) and Documentaries  (Longer Than 30 Minutes) to  their  upcoming section held from November 9 – 14, 2015. The two official section winners (“Human Rights Doc” e “Human Rights Short”) will get a chance to participate the European Festival that authorized by Human Right Film Network. Also, for each of the title winning film, the association ‘Cinema e Diritti’ provides a donation for one-person ticket (no more than 600 €).

Starts at July 4, Every Year

The 24 Fps International Film Festival is a 17 years old film festival based in Texas, United States. The Festival aimed for promoting the student filmmakers and Indie-filmmakers. Every year, it will held at the paramount theatre located in Texas, any short video (fiction/non-fiction) that produced on or before last January, having running time less than 20 minutes are eligible for  apply.

Starts at January 26, Every Year

Here ending the first part of no fee film festivals listing. Have any queries concerned to this topic? Ask to us;