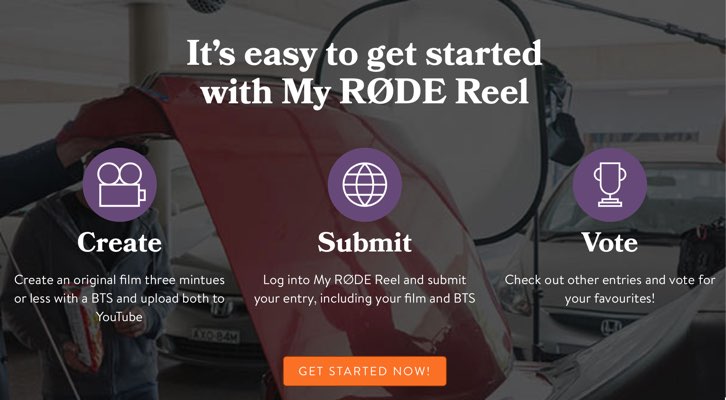 Rode, an Australian-Based company that stands for manufacturing the quality Filmmaking Equipment , now  organizing  a short-film festival to accomplish a mission to  encourage and promote independent filmmakers.

This is the  third time Rode organizing a short-film festival. Rode  itself felicitated the festival as ‘The world’s largest
short film competition‘ because on last year they got around 2,000 entries from 89 different countries and almost $500,000 in prizes given away. In such a scenario, we can easily say that Rhode Island International Film Festival (RIIFF) is almost  equal to Sundance Film Festival.

Note that, it’s a free submission film festival. The interested filmmakers can submit their short film through withoutabox platform or via the link added on the source website.

Watch: Behind the scenes of “Two guys, one car”

Speciality: RIIFF is an Oscar-qualified Short and Documentary film festival