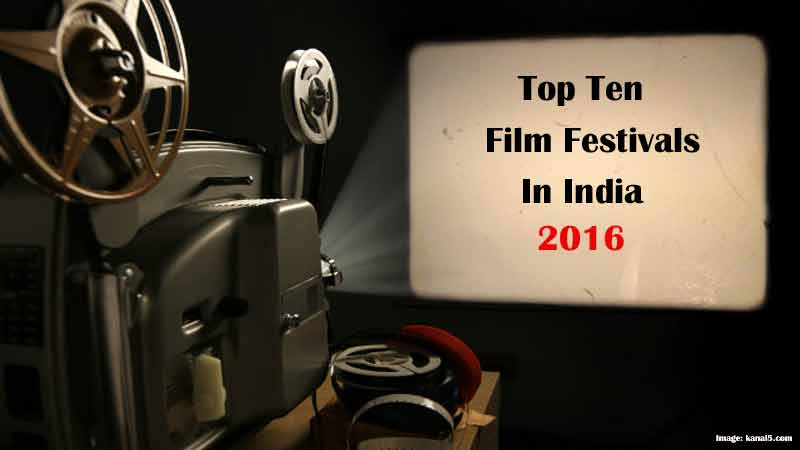 Filmmakers Fans Presenting The deadlines, Important Dates, Eligibility Criteria of Top Film Festivals in india. Scroll to Bottom to see the Deadlines of Film Festivals in 2017 and 2018. If any Doubt, comment your opinion below.

Film Festival is no doubt a much-awaited piece for every movie buff. Cine-lovers keep on waiting for this to take place. In this article, let us go through the top ten film festivals list, 2016 in India.

This is one of the most prestigious Short Film Festival, happened in Kerala. This is a 6-day long festival, usually happens in the month of April. Along with the short films, the festival, at Thrissur also allows the screening of documentaries, feature films and so on. The main theme of this year is cultural plurality and diversity.

Submission Fees: Rs. 500 for Indian Film and $15 for films from foreign soil.

Established by Honu Raj in 2009, this international Short Film Festival focuses on the complexity and aesthetic appeal of the short films. Every year the festival is organized in January in Jaipur.

For detailed information, you can connect with http://www.jiffindia.org/

Founded by the filmmaker Ritu Sarin, Tenzing Sonam in 2012, this film festival is organized June-July in the secluded and tranquil place of Kangra, unlike the other metropolitan film festivals.

Rajasthan Film Festival is an attempt to recognize the lost glory of Rajasthan’s films. Kanchan Cassettes & Series first started this festival. The main goals are to safe the brilliant talents of Rajasthan Film Industry and introduce them to the global platform.

You can visit their website for submission fees and deadlines which is http://www.rajasthanfilmfestival.com/.

Organized by the Ministry Of Broadcasting, Government of India, this is the official Film Festival. This one is held in Goa during November. The festival allows the screening of short films, documentary ones and as well as the feature films. The festival attempts to the exploration of cultures across the nations and states and enables the audience to have the essence of the art films along with their diversity, aesthetic appeal and extraordinary subject matters. Here is some information regarding the festival:

Mumbai, the crowned city of Bollywood is most likely to organize India’s most colourful film festival. Initially the festival was arranged by late Sri Hrishikesh Mukherhee in association with the Mumbai Academy of Moving Image. This year the festival will hold from 20th to 27th October.

You can visit their website for detailed information http://www.mumbaifilmfestival.com/

Nothing beats an international Film festival of higher order in the city of joy, Kolkata. The film festival screens different kinds of movies, local as well as international of greatest taste and order for almost 6-7 days. The festival invites masterpieces from the rest of the world and shows them according to 15 categories.

You can visit their website for further details: http://www.kff.in/

Kerala government in 1988 established Kerala State Chalachitra Academy in order to prevent the dirty commercialization of films. The film festival focuses on documentaries, short films mainly. The contents of the films are supposed to be extraordinary in order to get selected.

You can visit this link in order to get further information: http://www.iffk.in/

The film festival was started in 2003 in collaboration with Indo Cine Appreciation Foundation, India. The main aim is to provide a place to the people related to films, like cinematographers, directors, script writers and so on and promote a joint, encouraging discussion.

Delegate Registration: Rs. 500/- for others and Rs. 300 for students of Film Unions and Students of Media related course.

Referred to as the Cultural Capital of Maharashtra, Pune takes pride in organizing International Film Festival. Pune International Film Festival is known for artistically combining the essence of traditional past and the cosmopolitan urban development. Due to the presence of FTII or Film and Television Institute of India and the National Film Archive of India, Pune is maintaining its pioneering role in educating as well as entertaining the cine-lovers.

You can visit the website for further details http://www.piffindia.com/

That’s the End-list of top ten film festivals in India through which you can gain the essence of both national and international cinema.

Continue Reading
You may also like...
Related Topics:List of Film Festivals 2016

Filmmaking contest by FILCA in Thiruvananthapuram for college students
Call For Entries : MTv The Junkyard Project