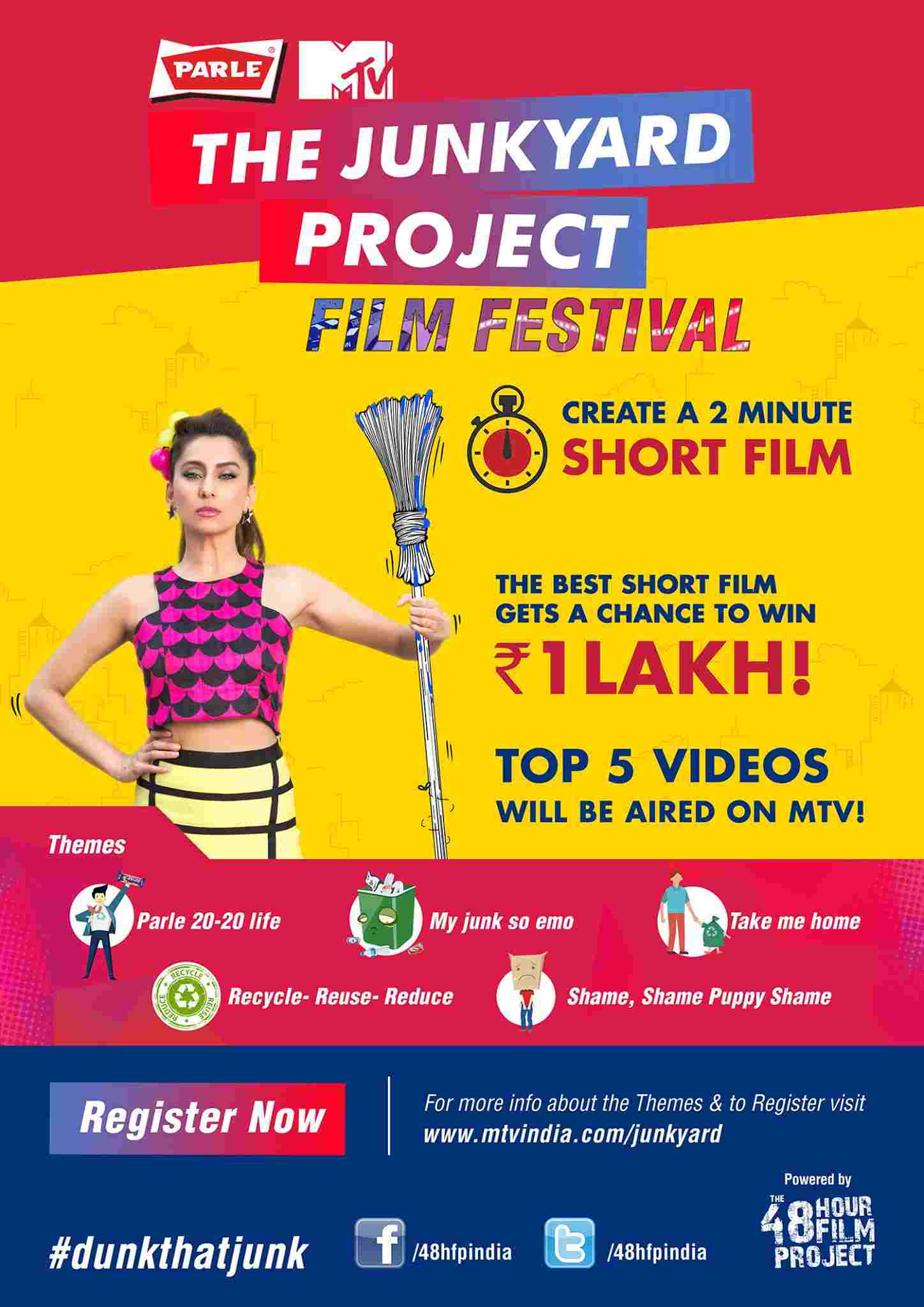 MTv India to conduct a short Film competition in association with the 48-Hours Film Project. Dear Filmmakers, this is a chance  to expose your talent and get cash rewards. It’s a free submission short film competition programme.

Top 5 selected films will be featured in MTv India and 1 Lakh rupees also be granted to the finalist’s short-films.