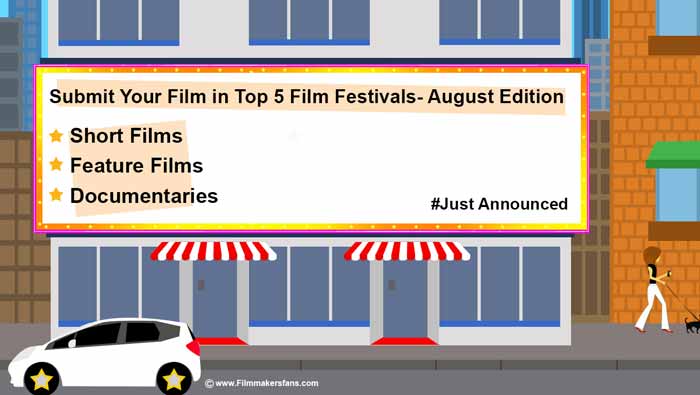 About The festival: The Pune International Film festival was founded in 2002, with the joint collaboration of Government of Maharashtra and Pune Film Foundation. The city of Pune is known as the cultural city of Maharashtra, Pune is also well known as the campus location of India’s premier film School- Film and Television Institute of India (FTII). Filmmaker Dr. Jabbar Patel is appointed as the festival director of its 14th Edition. The festival is calling the film entries in categories of the World Competition, Marathi Film Competition and Student Entry.

PIFF accepts only the films that are certified by the Censor board of India in between 1st December 2014 and 31st December, 2015 . However this rule is not mandatory for the films submitting in the student category.

Award:  The films that win the credit title in the international competition section will get cash prize of Rs 10, 00,000/- (Equally entitled for the filmmaker and Producer. The title winner of the film that showed in ‘Marathi Film Today’ category will get Cash prize of Rs. 5,00,000/-

About The Festival: The Jaipur International Film festival is of the biggest Prize offering Film Festival in India. It was founded by Filmmaker Hanu Roj in 2009. Since then to now, the festival regularly held on every year in the month of January, at Jaipur, India. Within these short spans, the festival attracts the Indie-filmmakers all over from India and also the international filmmakers. Every year, they had received film entries from the countries like Iran, France, Canada and USA.

About The festival: Jagran Film Festival (JFF) is a venture from Jagran Prakashan Ltd (JPL), a  leading media group based in New Delhi, India. The festival was organized in 2009: on every year, with the collaboration of local bodies, they conduct film festival in various zones of India. The films that produced between 2 June 2015 and 31 August 2015 are only eligible for the submission.

About The Festival: The Delhi Women International Film Festival was founded by Siddharth Saini, with a mission of encouraging women filmmakers and aspirants. The three days long film festival has included with the red carpet events, film screenings and workshops. The films directed by Men also accepted for screenings, only if the theme of the film is closely related to a women’s social issue.

About The Film Festival: Yourstory.com is a start-up  news publishing website based In Bangalore India. The Company was founded by Shradha Sharma in 2005. For this first time, they organize a short film festival, calling for the entries from the filmmakers have a short film/documentary related to the subject- Entrepreneurship.

Thanks for Reading! Share Your Comments below; we are likely to know your thoughts about this article.