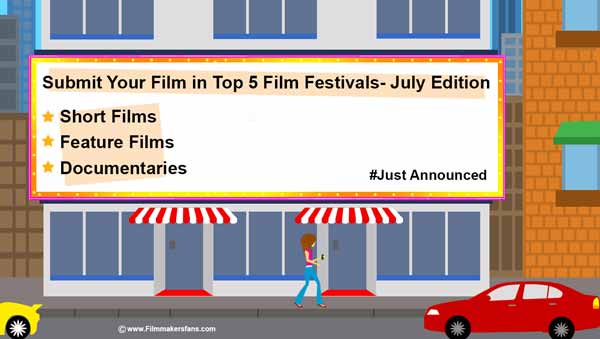 Awards:  The Film Fellowship sum of INR 25,000/- ($393) for the best filmmaker, whose film positioned as first in `National’ (Indian) category and INR 10,000/-  ($160) for other two filmmakers, whose films are screened in the in the ‘Kerala Spectrum’/National categories

About The Festival: Mumbai international film festival is one of the notable film festivals in India, which was organized by the Mumbai Academy of the Moving Image (MAMI). The renowned filmmaker Hrishikesh Mukherjee was the founding member of Mumbai Film Festival.  The festival considers short films, feature films, imaginative live action, animation and documentary features in sections of Competition section and out of competition section

About the Festival: Kolkata international film festival is one of the oldest film festivals in India: the festival was founded in 1995 by the West Bengal Government. It accepts the film submissions in the genres of fiction-feature films, Short Films, Telefilms and Documentaries.

About The Festival: The Indian Film Festival Japan (IFFJ) was organized by Indian film lovers resided in Tokyo, Japan. The festival accepts the films in the genres such as feature films, animated films, Short films, Music Videos, Experimental Films and documentaries.

Awards: Jury awards and the Audience choice awards will be given to the filmmakers and film producers of the best -feature, short film and documentary film.

Awards: Certificate and awards for the winning films in the categories of best feature film, Documentary film and Short film.

Another list of best film festival’s details that accepts the film submissions in the month of August will be published in the first week of August.

Continue Reading
You may also like...
Related Topics:Call For Entry, Film Festival in July, No Fee Film festival