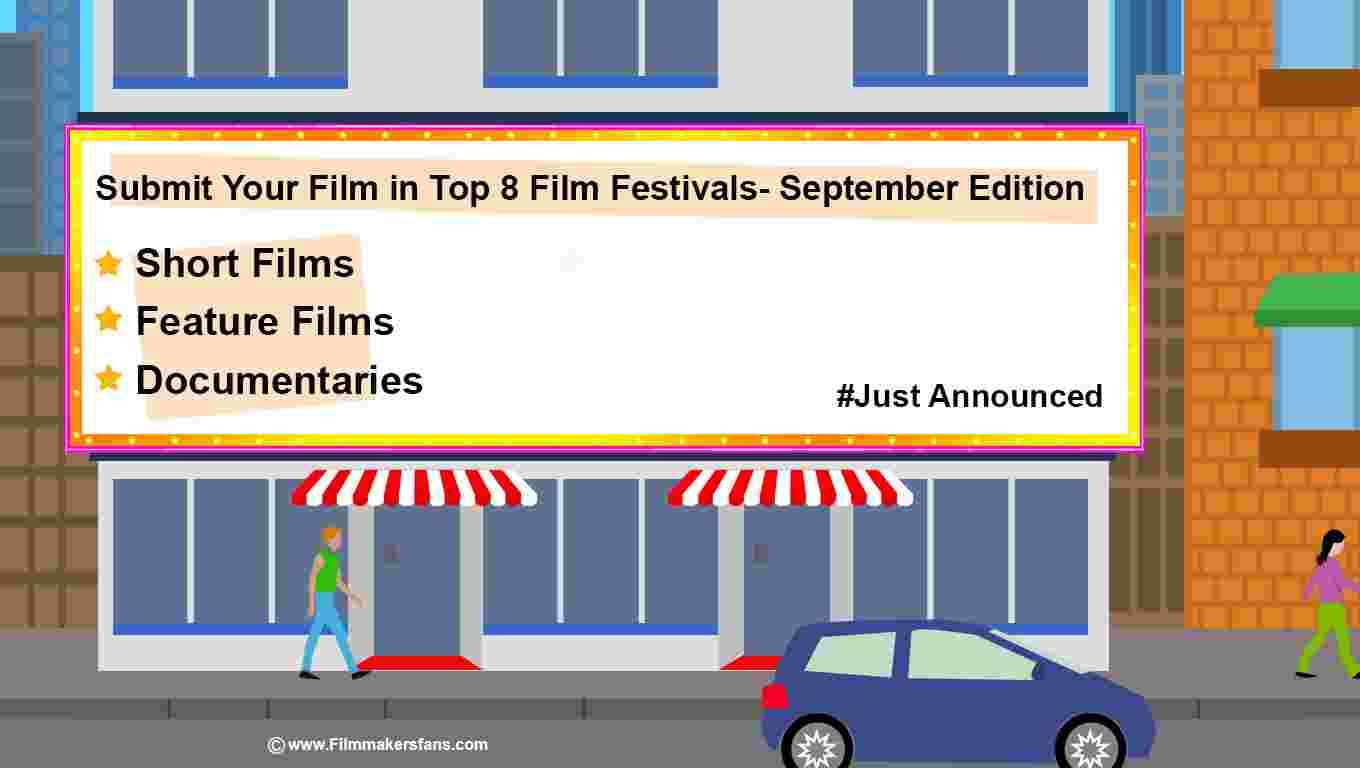 Here, as promised, we came up again with another few film festivals lists that can submit your film in the month of September. This is a part of the series of content that we publish on every month about the details film festival submission deadlines. In case, you missed to read our August Edition, click here for redirecting to that page.

Now, new film submissions accepting to the San Francisco International Film Festival in a variety of categories such as Native Shorts, Feature Films, Animated Films, Live action short films and experimental films. The San Francisco International Film Festival is one of the longest running film festivals in European Province, every year the festival will take place approximately two weeks and more than 200 films are premiering on its every secessions. Festival Site: http://festival.sffs.org/

The Dallas International Film Festival is a Texas based leading film festival organized by the Dallas Film Society. This year, the festival will be held from Apr 14, 2016 – Apr 24, 2016 and it opens submissions for the films in the genre of Short Films, Native Features and Documentary Feature Films. In the past, many of their awards scored films had been also selected in various other film festivals like BAFTA, AFI, etc. According to their official site statement, more than 33,000 filmmakers, media representatives and delegates participated in their last festival secession.

The Delhi International Film Festival (DIFF) based In Delhi India, Inviting the Entries from the filmmakers who had created short Films, Feature Films, Narrative feature films, Student Films. Apart the Films, the DIFF is also as a platform for honouring other  artistic works includes Painting, Drawing, Photograph, Sculpture and  Medium Arts. DIFF is a no fee film festival and you can submit entries through the link enabled on their web page.