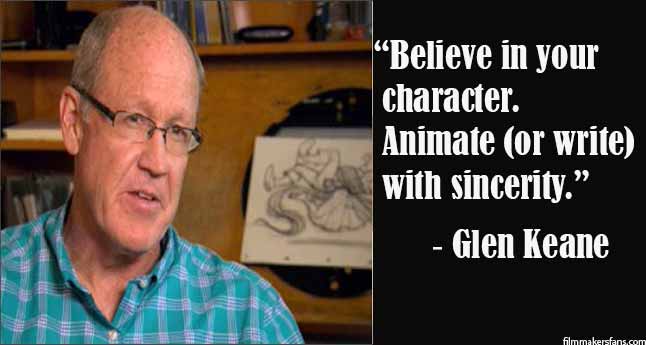 A character is the backbone of every script: the scripts are meaningful only after the formation of characters. So, what does the term ‘Character’ means in screenplays? That is a haunted question of every writers and an exact definition is difficult to give! Once, renowned American writer Henry James said ‘What is character but the determination of incident? And what is incident but the illumination of character?’ That is an insightful statement, a character is incident, and according to the dictionary- the meaning of incident is ‘A specific occurrence or event that occurs connection or relationship to something else’ Birth of a Character thus happened!

[blockquote style=”2″]Action is the character, Film is behaviour – Anonymous [/blockquote]

A Character is the heart of every story; the more people remember a story/film is through characters. If you once watched the movie ‘Forrest Gump’ you can’t forget about the lead character that handled by Tom Hanks. Such a brilliant Movie! Tom Hanks won an academy award for the role. If you are interested in watching that movie again and again is because you are interested seeing the character played by Tom Hanks. Such characters are called superior characters, creating of character is not an easier task, Filmmaker Steven Spielberg once said, for his film Jurassic Park he  spend more than one year with ‘Weta Digital (a VFX company) for creating characters.

The style and creating the character of each script writer/ Director is differ one from the other. The Screenplay writer ‘Syd Field’ once asked a question to renowned American Filmmaker and script writer ‘Waldo salt’-how he create Characters? He said that the first thing he did was to choose a simple dramatic need: then he would add to it, coloring it until it became a universal chord to every man.

The creation of the character in a screenplay is usually an automatic process: for an instance- if you write a story, you can know- who all your principal characters and where to the story is flowing through. On that writing process, you can meet lots of new characters; include them into your story on the basis of scope. This is the one method of creating the characters in screenplays.

Second method of creating the characters in screenplays is purely from the centroid of a Hero/Protagonist. Let’s Explain this: A hero (or) the central character can’t push forward a movie alone, he/she need ‘links’ for the stability, here the word ‘link’ what we mean is ‘Characters’ like father, mother, daughter, lover, friends etc… Thus the new-new characters can be created in a screenplay.

What the risk of this method is-The character creation and then its formation to a story is not an easy task, why because you create only the characters not story. Additionally, the story that you are going to create must be apt to your pre-build character. However, several Hollywood directors and screenwriters creating the characters through this way: In India The filmmaker S. Shanker practising the same way for creating the characters.

This method of character creation is almost similar to Method 1, there (in method1) you create the new characters, here (method 3) the characters already exist, you can include and exclude the characters on the basis of your story scope.

Write sincerely; just throw down the thoughts and creative ideas. Think 100 times before write down a word, write and review it. If it seems good, approve it and if it seems bad reject it. Try Then again and again and again

Feedbacks expecting from readers side!

Six Screenplay Terms That Every Filmmaker/Script Writer Must Know
How to create a brilliant subject for your screenplay? Possibilities Explained Here