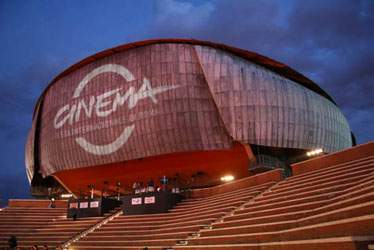 Get here the Contact address, email details, and websites of Top Film Production Companies in India.  Mainly, you can find a space in the film industry through two common ways: the first way is through the personal reference, the second way is by getting a job in a film production house and that the way you can build potential links with persons work in films. Here, we are linking the career web pages of leading film production houses.

The AVM productions, is one of the oldest and biggest film production houses in India. The production house has equipped with large studio floors, Outdoor Units and broad post production facilities. The Film stars Kamal Haasan, Sivaji Ganesan, Vyjayanthimala and S. S. Rajendran entered into the film industry through AVM production’s films.

The US based media corporation 21st century, launched their India based production house ‘Fox Star Studios –

India’ on 2008. The company, headquartered in Mumbai:  It has total employees strength, between 100 to 400. Here, is the URL of their official career page.

PVR cinemas is leading film production house based in Mumbai, the company also owns cinema halls (500+ screens) across In India.  The company distribute many commercial and art films In India.  It headquartered at Gurgaon, Haryana, India

The UTV motion Pictures, is one of leading Indian film Production Companies based in Mumbai. The Company is a subsidiary of LA based The Walt Disney Company. UTV has contributed some good films to the Indian Film Industry such as Udaan, Peepli Live, Jodhaa Akbar, Barfi and Rang De Basanti.

The Red Chillies VFX is owned By Bollywood Star Sharukh Khan. The company produces only khan’s films, but they undertook TVC’s and VFX works of other agents. The company is based in Mumbai and it executed by Mr. Khan’s  wife Gauri Khan

Sony Pictures India is a Subsidiary of Sony Corporation of America.  The Sony picture Corporation is known as #1

Hollywood production company owned the  credits  of big blockbusters like The amazing spider-man, Skyfall, etc. In India, they mainly are focusing the production of Music Production (Sony music) and Television Program Production.

The Universal Productions is a brand that working under NBC universal, the company produces and distribute films to all over the world through its network. Some notable films that generated under the Universal banner are – The Jurassic Park, Furious 7, King Kong, Back to the Future, etc. Universal didn’t produce any Indian films so far, but expecting an entry soon.