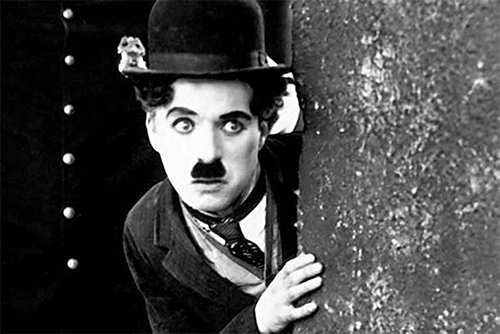 “A day without laughter is a day wasted.” This is the thought provoking words of a legend who inspired generations to laugh at our own pains and move on with life – Charlie Chaplain. There is no other person like him, entertaining the audience and continuing to motivate people, even after his death. He is not a mere comedian; before his journey to the heaven, he left behind more than enough knowledge for the generations to come and this might be the very reason behind the popularity and high viewership of his website.

Charlie Chaplin’s official website (http;//www.charliechaplain.com) is ranked high for it’s viewership in America. A number of reasons can be attributed to this, the first and the main being the person about whom the website is all about. The website has managed to collect and produce every minute detail about the actor, who has ever since his appearance on the screen has won the hearts of audience all over the globe.

The website has an overview of his life, his mother, filmography, productions and every nitty gritty about all that is happening in relation with this ever-living legend. At the present, the most updated news in the site is about “In Charlie Chaplin’s Footsteps – With Terry Jones”, of Terry Jones, which is premiering on 10th May 2015 on ITV1. This site also has the schedule of all the wide screen projections of Charlie Chaplin movies.

The site is also the host for a number of videos and soundtracks of Charlie Chaplin. It is an open window to complete information about this great actor, and has the entire list of his movies. For anyone, (charliechaplin.com) is a definite encyclopedia about him. Hence thousands of people browse through this site to learn about him as well as to know about the ventures of the site, thus adding to its viewership.

The ranking is provided by alexa.com, a website founded in 19906, which, according to themselves, provides ‘deep analytical insights to benchmark , compare and optimize businesses on the web.’ While the website on Charlie Chaplain tops the traffic ranking list of Alexa, the Fast and Furious superstar Paul Walker’s site (http://p-waler.org/) came just behind with a traffic grossed to 2,242,575 after the actor’s unprecedented death. Angelina Jolie’s official website (http://www.team-jolie.com/) occupies the third position in the list with traffic of 1,052,379  Nevertheless being the most paid actor, Rudolph Valentino’s website (http://www.rudolph-valentino.com/ )is ranked only fourth.

The real popularity of the site is conveyed by the statistics that Google ranks it above Wiki .The website is owned and managed by Roy Export SAS, initiated on April 13th 1999 from Paris, France.