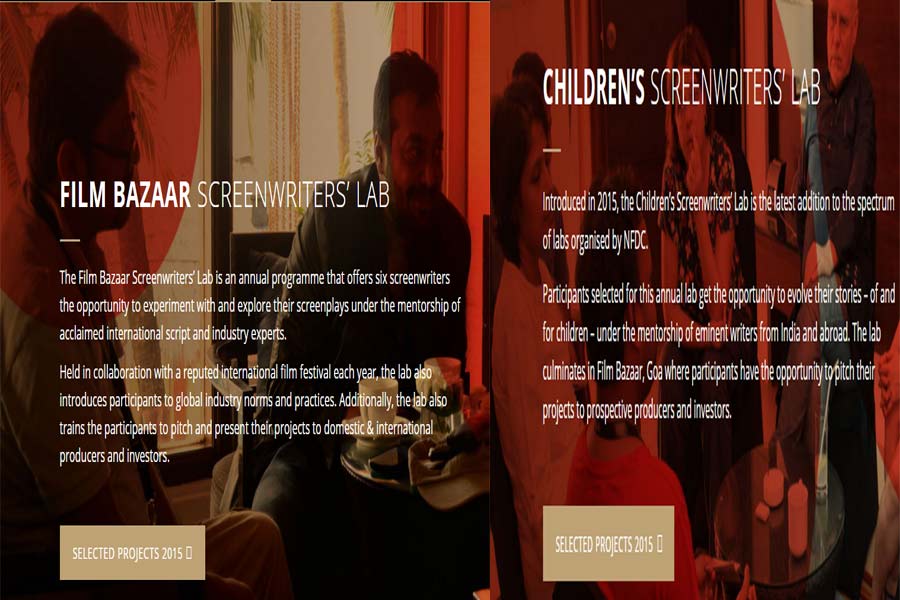 What is NFDC’s Children’s Screenwriters’ Lab?

Film Bazaar Screenwriters’ Lab is a yearly programme by NFDC for giving the opportunity to six selected screenwriters to evolve their stories under the mentorship of the acclaimed international script and industry experts. Every year, the program is conducting in collaboration with any international film festival. Last year, NDFC collaborated with Sarajevo Film Festival  , known as the premier and largest film festival in Southeast Europe.

For more details write to screenwriters-lab@filmbazaarindia.com