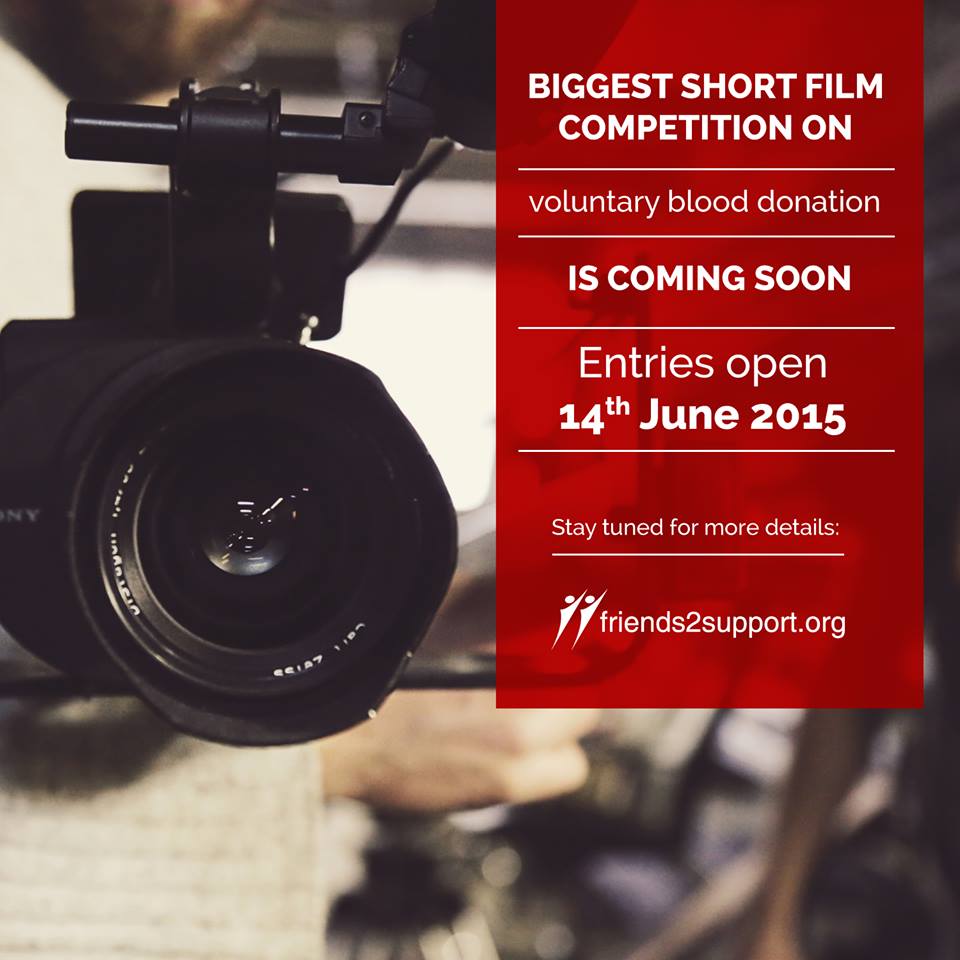 With an aim of promoting the Voluntary Blood Donation, the national blood transfusion council of India is organizing a short film contest through collaboration with friends 2 support.org. This is a NO ENTRY FEE Short film Competition program and the last date for submission of entries would be 31st August 2015. The Jury will shortlist 15 films from submissions and declared it officially on 15th September 2015. On the occasion of National Voluntary Blood Donation Day, the winners of the short film contest would be felicitated by officials.

Final Ceremony will be Held in Hyderabad