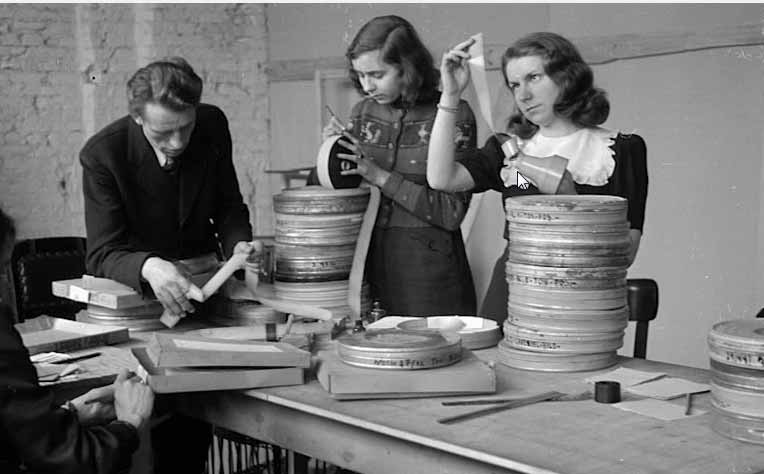 A good filmmaker must have a comprehensive knowledge of Film editing; and that knowledge is indeed for the success of the films.

The films are getting into shape from the editing table.  The Editor CUT the footages and SPIN it systematically in according to his creativity and on the basis of scene orders.  Here, in this portion, we are explaining the basic film editing techniques (part 1), you can read our more editing techniques in the upcoming sections.

Straight cut is the most popular film editing technique, the term ‘Straight Cut’ is also known in the name ‘Match Cut’

Definition: If the scenes are edited in a ‘Cut and Sync‘ way without any special effects, then, that process is called Straight cut.

For an example: in a scene where a man is listening music while driving the car, the editor would involve the shots like- close view of music system, close view of steering, the character’s face, the exterior view, etc. Here, without any special effects, the editor cut and Sync the shots on the basis of a storyboard. This process is called as Straight cut.

The above shown video is a short 15 sec intro-clip from the Movie Batsman: now closely watch that video, you can see the five different straight cuts: the first cut is the door opening shot, then the second cut is belt tightening shot, the third cut is logo-showing shot, fourth is a crane shot and the last shot is an establishing scene. Here, the editor uses five simple shots to make that scene as visually impactful.  The ‘straight cut’ saves lots of time and also it helps to keep the viewer’s attention.

Criticism: in this straight cut method, an editor can’t expose his creative approach: he just needed to act as a tool to cut and edit the scenes on the basis of a story board.

It is an editing technique where, multiple actions simultaneously happening at the same time in two locations, that sort of editing is called as ‘Parallel Cut’ (or) ‘Cross Cut.’

See the above video explanation of Ryan T. Smith, in the opening scene of the clipping you can see a scene from ‘The Darkroom’ Movie, where the father is exposing an image of a child in the dark room of the lab, simultaneously on another location his daughter is also taking a print-out of the same image. Here, two parallel actions are shown at a time. This way of editing technique is called parallel editing.