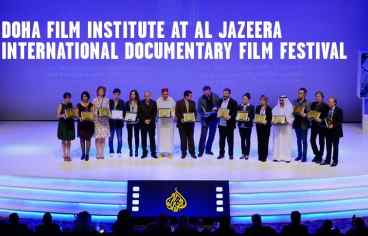 Aljazeera International Documentary Film Festival’s manager Abbas Arnaout announced that the closing date of film participation entry form will be available till 1 May 2015, instead of 31 July 2015; also the film acceptance deadline is extended till 31 August 2016, instead of 1 June 2015. Abbas also declared that there is no change in festival secession; it will happen as announced earlier i.e. on November 26 and 29, 2015.

What’s New in This Year?

In this year, the festival Committee introducing a new theme called “Horizon”, that aiming to promote the Documentary Cinema from worldwide. Collectively, the film festival is offering 24 awards to its winning films participating in competitive section.

Aljazeera International Documentary Film Festival is founded by Aljazeera Media Network in 2005. On every year the festival held in Doha, in the month of November. The festival was founded with mission of promoting global indie-films and documentary films. Over these years of track record shows that the festival is a massive success and it has receiving entries from 5 continents.