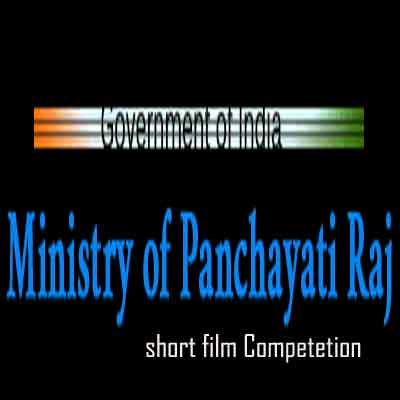 The Ministry of Panchayati Raj (MOPR) is conducting a short film competition for recognizing the creative efforts towards presenting the best practices in Panchayats. Anyone with creative skills in video making can apply for this competition. The short film can be submitted in English, Hindi or any other language. The deadline to apply is September 30.

The Theme of the Short Film

The theme of the short film should be an inspirational story of Indian Panchayats zones highlighting the unique initiatives undertaken by the Panchayats or best practices followed in order to improve the quality of life of the villagers including socio-economic upliftment.

Duration of the Film

Format of the Film

The Short Films shot in any technical format or camera set-up or in animation are acceptable for this short film competition by Ministry of Panchayati Raj (MOPR), India.

Download the application form and send it to the address given below. The candidates will have to furnish the following information to participate in Short Film contest application form.

Important Thing: The Ministry will give the award money for the winners through Bankers cheque/Demand Draft only in the name of the applicant.

The award money cheque may be issued in the name of a company or a Film production house only if it is stated to be so by the applicant in his application form.

The application must reach on or before September 30