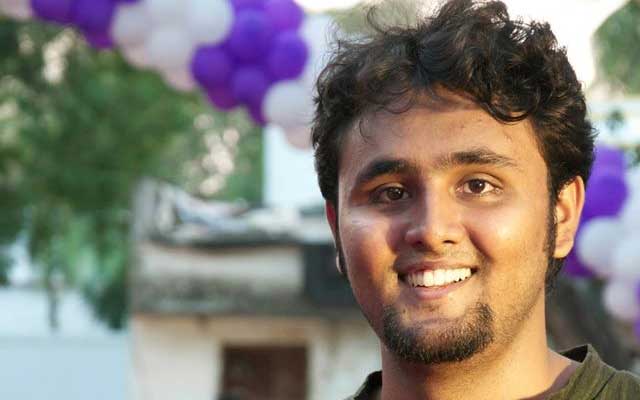 Abhinav Sunder Nayak, a guy who came up as a Filmmaker through the short film ‘Status Updated’, went on to work on more than 10+ short and feature length films. He is now preparing to direct his first full length feature film as a director.

Here’s an Interview of Abhinav Sunder Nayak With Sreekanth Gopinathan Of Filmmakersfans.com

Sreekanth: Thanks for Giving an Interview For Filmmakers Fans. My First Question to You is – What Inspired You to Become a Filmmaker?

Abhinav: As a child, I was mad about watching films; most importantly, experiencing them in theaters equipped with Digital surround sound. Back then, surround sound equipped theaters were a rarity and I was amused by the effect it could have on a film. I was so obsessed by sound that at a very small age. I could identify if a theater was playing a film encoded with surround sound or not.

Even though I have been a film buff right from my childhood, it was Manoj Night Shyamalan’s initial films that made me sit up and notice the technicalities involved in film making. His films, especially Signs (Which I feel is among the finest thrillers made post 2000) inspired me to explore how a film is made.

I made my first short film when I was studying in Pre-degree Class (which hasn’t been seen by many) with a handy cam my father bought me. It was hardly a film, because I knew nothing about film making back then. Later, I attend Visual Communication course, where I found like-minded people to explore the Film medium in detail. ‘Status Updated’ is in fact my 7th film if you count all those home-made videos.

Sreekanth: what was the biggest challenge you faced while making your First short film?

Abhinav: The biggest challenge was to execute the film. During the time when I made my first film, I had no internet connection (especially the social media is not much familiar as of now) and no film school degree, no film reference books and I don’t know anyone who knows about the ethics of filmmaking... I just made something with a close friend of mine with limited knowledge we acquired by watching the films. So, it wasn’t about getting technicians or arranging the finance, I really had no idea how to make a film in the first place.

Sreekanth. How did you manage the expense of making short films? Was it financially beneficial?

Abhinav: My parents helped me out with the first few films till I passed out of college. There was no financial benefit out of making short films.

Sreekanth: Give me a warm outline about your Filmmaking style.

Abhinav: To be frank, I haven’t made anything substantial in the past 4 years. ‘Status Updated (2010)’ for me is an amateur work, far from what I would make today as a filmmaker. Though it’s hard for me to evaluate my style, I am sure of the fact that I have evolved as a writer and director from what I was, a few years back. But as a screenwriter, I can say that ‘I have my own limitations. I can write only from my life experiences. To write anything apart from that, I will need the support of a co-writer’.

Sreekanth. In your Filmography, you worked on more than 12 short films and among that you directed only 2 short films. But now you are preparing to make a film. What made you decide to be a filmmaker?

Abhinav: If you look into my IMDB profile, you can see that in my filmography I had edited more than 50 short films & directed 8 short films and 1 music video.

Really, I want to be a filmmaker, But, I chose to go with the flow when someone offering me editing projects (Vaayai Moodi Pesavum in 2014, You Too Brutus in 2015.. etc are the some feature films that I worked as an editor). I also wanted to have something to say through my films, which wasn’t very clear to me until recently.

Sreekanth : According to you, if a filmmaker also knows film editing, then what are the some benefits?

Abhinav: I would like to disagree with the general notion that a filmmaker who knows editing will be able to execute a film better.

Yes, the notion holds true to a certain extent when you treat film making as a technical process. An editor would

In Pics: Abhinav Sunder Nayak along with filmmaker Vineeth Sreenivasan and other crews, while he was worked for the film ‘Thira’

technically know the adequate amount of footage that is needed for a scene to be cut, but that’s just about it. He/she wouldn’t know if the scene, as a whole would work or not, because film making is a far cry from such definite assumptions. A director, even if he/she is an editor, cannot fully judge if a shot communicates what he/she really wants it to communicate. And that’s when the editor does his part. The basic purpose of editing is to narrate the screenplay in the most accessible manner by resolving all the communication issues.

So, when a film editor directs a film, there are chances that he/she gets carried away by the assumptions they have made on what to shoot and what not to. Thus it is very important for him/her to keep aside the editor in them and start approaching the material as a filmmaker. One has to remember, only a filmmaker can make a film and a film editor cannot.

Sreekanth: You edited both feature films and ad films. What are some of the significant differences between the two mediums?

Abhinav: While films are all about narrating a story in 2 hours, ad films rarely go above a duration of 1 minute. I find both the mediums equally exciting & challenging.

Sreekanth: You assisted, directed, edited and produced many (short) films. But, nowadays many independent filmmakers quit making films after their first attempt. As a person working in the same platform, can you tell us the exact reason behind it?

Abhinav: The reason can differ from person to person. Some reasons can be personal too. So I don’t think it is fair for me to judge why others quit film making. But as an experienced professional, the first and foremost advice to any aspiring filmmaker would be ‘to have something to tell’. It need not be a message or an agenda; films shouldn’t be preachy. What I mean is, a filmmaker should have a genuine wanting to tell a story The purpose shouldn’t be to show off one’s skills as a technician, but to narrate a story in a responsible manner. One should be true to the material.

Sreekanth: As a Filmmaker, what are some of the best film making equipments you always prefer?

Abhinav:I strongly feel that the emphasis on equipment is hardly a concern when it comes to story-telling. Every story will demand a particular treatment and mood setting. So whatever equipment that suits the requirement of the film, at that point of time will be good enough. And as far as editing is concerned I have a strong aversion towards Adobe Premier Pro CC which I feel is the most sophisticated non-linear edit suite available in the market right now. I edit all my films using Adobe.

Sreekanth: What about your upcoming projects?

Abhinav: I am editing 2 Tamil films now namely Uriyadi (Directed by Vijay Kumar) and Korangu Bommai (Directed by Nithilan, who won the Season 3 of Nalaya Iyakunar reality show). Apart from my editing projects, I am also working on the screenplay for my directorial debut.