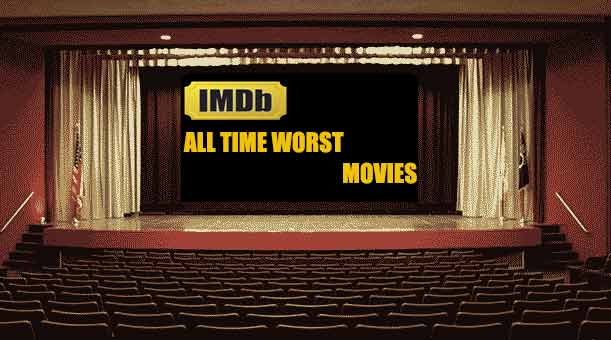 The IMDB.com is an Amazon Inc Company, well known for adding a movie/crew name to its data base. It, also have given a writing space in their webpage to guest contributors for expressing their opinions about the Movies. The Venkat Narayanan, an IMDB contributor, sometimes back, wrote an article titled ‘ALL TIME WORST MOVIES’ for IMDB.com that causes a rapid sensation among some kind of film buffs and, what literarily provoked the film buffs is, he was added some names of top movies like Enthiran (2010), Anaconda (1997) and Indiana Jones and the Kingdom of the Crystal Skull (2008) Including 20 other movies to that ‘ALL TIME WORST MOVIES’ list. The feedback comment section that shown right below to the post was almost against Mr. Venkat. Below to that post, a girl openly said ‘I think this person does not like super movies.’ Mr. Venkat, offered us a few minutes of talk concerning his article.

Sreekanth: How You Determine a Movie is worst? What are the Potential Factors that You Consider?  How would you answer that?

Venkat: See, first of all, in this world, there are two types of audiences – haters and lovers. Sometimes, people hate a movie blindly (i.e without even understanding and some people will like it just for the sake of liking it).

But, I  personally look films in very different aspects and I really don’t care about big stars and big directors. But, what matters is how you could present the show on big screen. I consider a movie as worst based on the premise, script writing, character development and eventually, how well co-relate all the above and execute in a proper manner.

Sreekanth: How long you had taken for researching and preparing this list?

Venkat:  Nearly a week of time.

Sreekanth: The Title of Your Topic is ‘All Time Worst Movies,’ But, most of the movies you referred to the’ worst movies category’ are Indian Movies. So, do you believe Indian Movies are worser than Movies made from outside India?

Venkat: No, it’s not like that. I have seen worst movies in Hollywood also. Perhaps, I didn’t get time update my list further. My philosophy is ‘nobody is perfect and nobody can be perfected at all times. People try harder each and every day to reach perfection. Sometimes will and other times not.  It is like a wild goose chase.  Now days, film making has become a serious money making business. Since our audience loves more commercial movies, our filmmakers eventually end up more low quality movies than other films around the world. I firmly believe that both audiences and filmmakers have to go in a parallel way, then only it would change the course of direction of Indian cinema.

My strong opinion is ‘hero worship should be eradicated.’ The same phenomena can be also found in Hollywood and other industries, but there it’s all based on genre like sci-fi, action, fantasy, super heroes and many more. Here, it’s different.

Sreekanth: The blockbuster sc-fi Movie ‘Endhiran’ directed by Mr. Shankar also you added to ‘world’s worst Movies list.’ Do, you have any Convincing Reason to tell?

Venkat: Again, I am stressing a straightforward point that I don’t go by directors’ fame. Whether its Speilberg, Peter Jackson, James Cameron or Shankar, the People watched Endhiran out of hype. What is sci fi? science + fiction. How apply science, logical one into illogical fictitious or fantasy world? How would you convince the viewers by mixing the reality with fantasy? One should create premise where filmmakers create illogical elements and eventually, those elements will be converted into a logical application which will flow along with the premise. Certainly, it’s challenging. Isn’t it? So, for this, you have to do lots of research and work before executing something like sci fi. All the films in the world have its own flaws, but what matters is EXECUTION. Did I find any unique EXECUTION in Endhiran? NO. Endhiran is hotchpotch and mockery on Hollywood blockbusters and even, the premise is totally ripped off from Hollywood film ”Making Mr.Right”. It was totally traumatized experience while watching Endhiran. From beginning to end, I found difficult to co relate script to character. It was some sort of hurry. Very poor execution, horrible choreography and many more which would easily qualify as all time worst movies.

Sreekanth: Same way, Why Steven Spielberg ‘Indiana Jones and the Kingdom of the Crystal Skull’ what’s wrong in that movie? And, why you stamped it as worst?

Venkat: The problem with Indian Jones was again poor execution, especially the ‘Bad characterisation and a horrible screenplay’ However, I am a great admirer of Steven Spielberg.He got a unique story telling technique and moreover, the way he used technology that was totally amazing i.e. in Cinematography, visual effects, sound design, music (long time collaboration with Maestro John Williams), film editing etc, which are totally mesmerizing.  This is what I observe from each and every director. How they take a film into the right direction? The Director is like captain of the ship, it’s his job to pull out the talents from various people. That’s why you can see the unique identity of each and every director around the world.

Venkat: Honestly speaking, that’s quite complicated question. But as I said before, audience response is totally differs. In India, you cannot make a movie without songs, comedy, item songs, which would all go in separate tracks, whereas in Hollywood, they have a separate category for each and every subject of movies. However, apart from being honest, I prefer Hollywood in every aspect of filmmaking. They set a unique standard of film making, especially, the art of storytelling techniques. Even though, we have produced some good films, but still, we are yet to reach their standards. This is my humble opinion.

Sreekanth: According to you, what are the potential factors that ‘coincide’ to make a Good Movie?

Venkat: The Screenplay and character development are the two core factors that ‘coincide’ to make a good Movie.  The Script can be written in one page or 100 pages, but when it has to transform on to big screen, you need a powerful screenplay and strong characters. And of course, since I am huge of film music, it’s also played a vital role (especially In Indian Films). The Music carries screenplay and characters to the audience; perhaps, it’s all depends upon the subject of the film.

And the Oscar Goes to… Anisha Acharya: A Talk On With Us after Her Victory