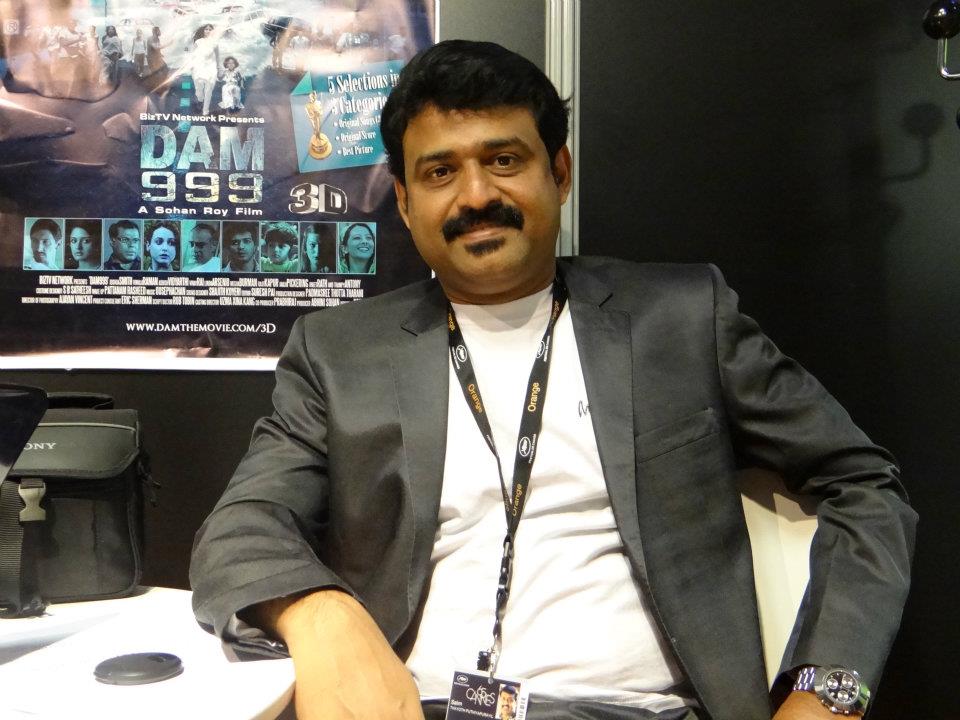 From the attar smeared hands which created Adaminte Makan Abu , comes yet another fragnant tale of lost hopes, dreams and ambitions redefining success and satisfaction in our human lives.

We‘re talking about Mr. Salim Ahamed, an Independent Filmmaker based out of Kerala who re-defines and introduces a new pattern of films to the Malayalam Film Industry.  His directorial debut, Adaminte Makan Abu (2011), was chosen for India’s official entry to the academy awards of that year. His films were Felicitated and applauded in Film Festivals like Cannes, IFFK, IFFI, Palm springs International Film festival, & more. He shared with us the Making of his latest Film Pathemari. .

Here’s an Interview of Salim Ahamed with Dhruvan Gautham of Filmmakersfans.com

Dhruvan : Your latest film, Pathemaari is garnering some great responses from the Malayali audiences all over the world. Exploring the hardships of the people migrating from Kerala to the Gulf countries in the 60’s, how did you arrive at this subject?

Salim : Before entering the film industry, I have worked as travel consultant for a while. My interactions with the people lead me to the subject. I wanted to portray the actual life and bitter realities faced by them for the well being of their kin.

Dhruvan : Though there have been quite a few movies depicting the lives of Gulf Malayalis, your film proudly stands out for its honest and realistic portrayal, especially not being a Gulf Malayali yourself.

Salim : Though I had an idea before, when I began my research, I realized the subject has abundant vastness and depth. We did very extensive groundwork like interacting with people who actually left their homes in a ship 50 years ago,as depicted in the film. Around 25-30 people were consulted about their experiences. And also the relatives and-

At the sets of pathemari

family members who had their sons and husbands working abroad shared their stories. Even the gradual transformation of their houses as years go by, were studied in detail. The locations like the sea shore they get off, from the ship was shot in the actual locations for the authenticity.

The struggles faced by them abroad are all derived from the real life incidents. The tea-shop with a postbox, the Bombay customs interfering with the luggage, long queues for bathrooms, love letters recorded in cassettes, the brotherhood between the roommates, their opportunistic relatives, everything. The only dissatisfaction is that I could use only 10-15% of my research materials.

Dhruvan : Considering the treatment of the film, a historical period drama spanning almost 60 years, shooting in real locations as well as in the sea, how the shoots were scheduled and executed?

Salim : It was quite tough and time-consuming. The whole film was completed over a period of one year. We shot for about 6-8 months consisting of 6 schedules. Mammootty had 3 major get-ups which were canned in 3 separate schedules. I also had a very good CG team also for this film. The ship sequence was also quite challenging shooting a lot at the Bepur sea.

And then with veterans like Madhu Ambat behind the camera, Resul on the sound, Pattanam Rasheed with the make-up, and Mammootty as Pallickal Narayanan, I could’nt ask for more.

Dhruvan : Being the producer yourself for such a huge venture, did it help?

Salim : It had its pros and cons I must say. It was tough, considering the fact that it costed more than a commercial Mammooty project. But on the other end, there was a lot of freedom throughout the entire process.

Dhruvan : The film is narrated back and forth through several flashback sequences. Can you brief us about the visual style adopted to enhance the narrative.

Salim : Generally, flashback sequences are portrayed either in black and white or other desaturated color tones; and the present is made to look fresh and full of life. Whereas in this script, his past was the most cherished period of-

Pallikal Narayanan’s life and was thus given a fresh look and palette. As he becomes old and his life turns miserable, the color tones dry up gradually. Another visual pattern we introduced was in the lensing. The flash back sequences portrayed in the film had a lot of close shots whereas as he ages, his loneliness and detachment from his well beings have been conveyed through wider shots.

Dhruvan : For somebody not coming from a filmmaking background, what was your journey towards meaningful cinema?

Salim : My family did not have anyone from the film industry. During school days I got interested in theatre, plays and mimicry. Later after college, I joined some TV channels working in comedy programmes and serials.

I used to watch a lot of films from around the world. I had a personal collection of around 2000 films and thus had an understanding of meaningful cinema and that’s how I basically learned filmmaking.

When I Decided to make my first feature film(Adaminte Makan Abu), I made sure I get the best people for telling the story with 100% perfection and insisted to work with people who wanted to be a part of good cinema. Mammootty is one such personality. It is quite rare to have such Superstars supporting good cinema in other languages.

Dhruvan :That was the End of This Interview Secession. Thanks Salim for sparing a few minutes with us and wishing you all the very best for your filmmaking career.

Salim : Thank you & Thanks for Interviewing Me.