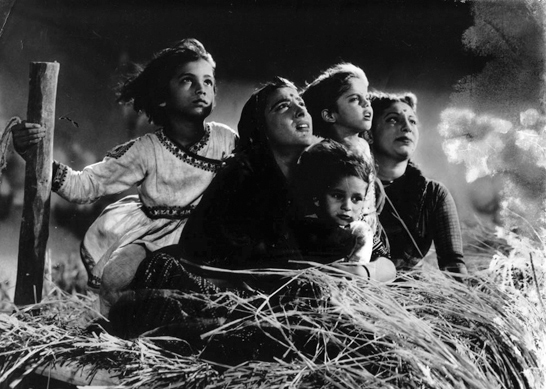 Bollywood is the cinema of escapism. It rarely tries to face the hard facts of life and prefers to stay under the cozy blanket of its glamour and picturesque views. But the ugly reality often surfaces and shakes things up in the tinsel town. Out of these gritty realities, Poverty and Domestic Violence are one of the most common themes of independent movies. Besides, India’s stereotype of a poor underdeveloped nation does not make things any better. A sad fact that is celebrated by the pseudo-intellectuals of the west has now become perhaps a trend for many Indian filmmakers to make films that capture the sordid and disrupted side of our country. But is it bad to show something that is actually there?

“I like to apply storytelling methods and techniques to try to frame the story in an interesting way, but you can never control what’s happening.”  Jørgen Leth

This gritty depiction of Indian poverty in our Independent cinema was perhaps initiated by the legendary Filmmaker Satyajit Ray. His debut feature Film Pather Panchali shot him and India to fame worldwide. It has earned Ray many great accolades, but also established Indian poverty as a popular theme for Indian cinema. Following Ray’s suit, the issues surrounding poverty were highlighted and films like Bandit Queen made the audience stare at the brutal reality that was hidden by the mainstream cinema for all these years.

A Cut From Pather Panchali at a rural situation, performed by  Chunibala Devi (as Indira Thakrun) and Karuna Banerjee (as Sarbajaya ray).

In Awara (1951) Raj Kapoor slapped Nargis three times in one scene. It might not seem like a big deal now, but in that time, it was considered pretty brutal for the leading lady to get roughed up onscreen (all those slaps were real by the way). This was perhaps the first time in mainstream Indian cinema where a leading actor demonstrated domestic violence in such a gritty manner.

Movies like Slumdog Millionaire, Salaam Bombay and Dharavi landed in controversies because a faction of critics and film personalities argued that these films promote an unhealthy image of the country and catered to the colonial mindset of many western critics.

Amitabh Bachchan wrote on his blog, “If SM [Slumdog Millionaire] projects India as [a] third-world, dirty, underbelly developing nation and causes pain and disgust among nationalists and patriots, let it be known that a murky underbelly exists and thrives even in the most developed nations.”

But is it our nationalistic pride that is making us overlook the fact that poverty and domestic violence along with sexual abuse are one of the many grim realities of our country? Combine these issues with others like caste system, communal hatred and xenophobia and you will get a  treasure chest of ideas to make several independent films that might click with the western audience.

Also Read: Answer For – Why almost the Young Indian Filmmakers keep away From Parallel Cinema?

Recently, Indian Independent cinema has been earning a good name for itself around the world. Films like Masaan, Title, Miss Lovely, Monsoon Shootout and Liar’s Dice show the poverty and exploitation of its characters, but do not capitalise on it. We now have films and filmmakers that understand the difference between calling attention towards an issue and exploiting it. Also, Indian audience is opening more and more towards these unconventional films, accepting the reality, which is the first step towards fixing things.

India’s economy is growing and so is our cinema. With entrepreneurship at its heart, both our economy and film industry are thriving to break the old stereotypes and deal with the issues that have been haunting us for decades. And the future seems pretty hopeful.

8 Problems of Indian Cinema- According to the Author
A Research on Censor Board and its Ban Hammer: How Justifiable Is It??