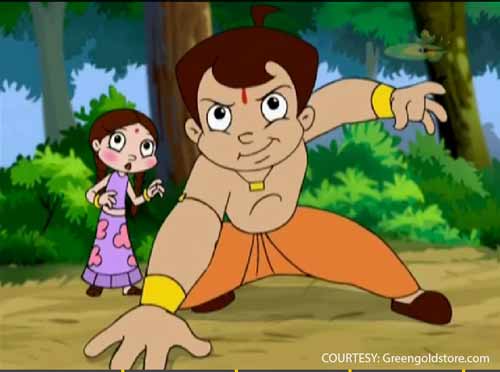 Filmmaking itself is a very challenging job. It not only takes a lot of dedication and hard work, but also decent amount of money to make a film. Though the cost of filmmaking has decreased substantially now, but nonetheless it takes a lot of effort to setup a film crew. Animation filmmaking can be an alternative for aspiring artists and filmmakers.

Animation filmmaking is not taken very seriously in India. Most of the animated content India produces is either meant for children or for advertisement purposes. Serious meaningful animation cinema has not been attempted till now. In other countries, specifically in Japan, animation has been used for cinema dealing with dynamic subjects. Some of the great animation filmmakers from Japan include Hayao Miyazaki, Jimmy T. Murakami, etc. Even in Hollywood, there have been extravagant attempts for making animated films with high budget. Tangled (2010) with a budget of $260 million is most expensive Animated film till now. Even American TV series like The Simpsons which is an Adult sit-com is popular till now even after 25 years.

Though Animation films may have a very high budget, but in this generation where technology is easily accessible for the masses, animated films can be made with ultra-low budget or no budget at all. All you need is a computer and few decent voice actors (if you are making a talkie). It goes without saying that some amount of training is needed to create animated content using softwares. There are a lot of short-term courses which are also not expensive.

After making the film, you can upload it on YouTube and if it’s good enough it can generate good amount of revenue. In this way, filmmakers can enjoy their creative freedom and can make content on various subjects.  There are number of successful YouTube channels which produce low budget animated content. “Cyanide and Happiness” is one of the most successful ones which is a black comedy and has a humorous take on various social & political issues. Even an Indian YouTube channel called “Shudh Desi Endings” is doing quite well with their videos getting more than 4 million views. They make spoofs of Bollywood films.

In this world of technology, Animation has a lot of potential for serious filmmaking. Other countries have proved this already, but India hasn’t been able to do this to that extent. But, nonetheless, demand of animation is increasing day by day and in near future serious filmmakers will see animation as a viable medium.

Number of Indian industries, mainly Bollywood and South Indian Industries has produced Animated Films. Yash Raj Films in collaboration with Disney India made India’s first Animated 3D film Roadside Romeo (2008). But the filmed failed in the Box Office. Recently Mahabharata (2013) was made where the Voice Actors were Bollywood Stars like Amitabh Bachchan. Another significant attempt was the Tamil film, Kochadaiiyaan (2014) which is India’s first photorealistic performance capture film. The film had moderate success in South India but failed miserably in other parts of the country.

These failures led to ignorance of Animation in mainstream. But, these failures are only due to lack of good storyline and filmmaking finesse. Filmmaker Anurag Kashyap made Return of Hanuman (2007) which became very popular at that time and still is a favourite among children.

Though the Film Industry failed in making successful animation films, the TV industry enjoyed immense success. There is a significant number of channels that broadcasts cartoons made in India, which are very successful.

Continue Reading
You may also like...
Related Topics:Indian Animation Films

India at Cannes
Why Say, in India It is Risky to Make a Film without Songs