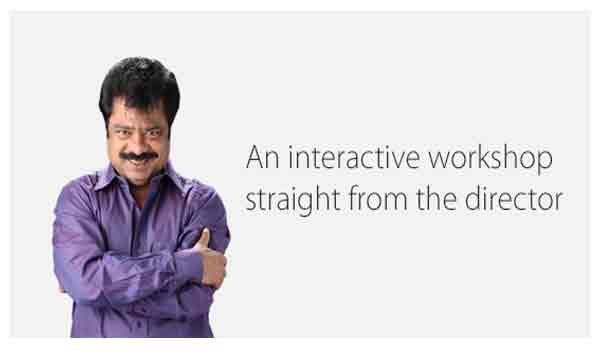 Chennai: The Veteran Actor-Filmmaker R.Pandiarajan to conduct an online Workshop on Filmmaking from the year end 2015. The workshop will give an opportunity for the participants to lean about all the factors in Filmmaking such as script writing, Filmmaking Techniques, Cinematography, Process of Film Production, Sound Designing, Film editing and Film Distribution. For the convenience of attendees, the Workshop will be only held on weekends.

More Details about this workshop is avail from here http://www.rpandiarajan.com/

R.Pandiarajan is a Film actor, director, and screenwriter based out Of Chennai, India. He started his career in Film Industry as an Assist Director of Filmmaker K. Bhagyaraj in 1982, his first directorial debut Kanni Rasiwas released in 1985. Mr. Pandiarajan is prevalently known among film buffs as a humorous actor, he was acted in more than 100 films in Tamil and Malayalam since 1982.

Continue Reading
You may also like...
Related Topics:Online Filmmaking workshop