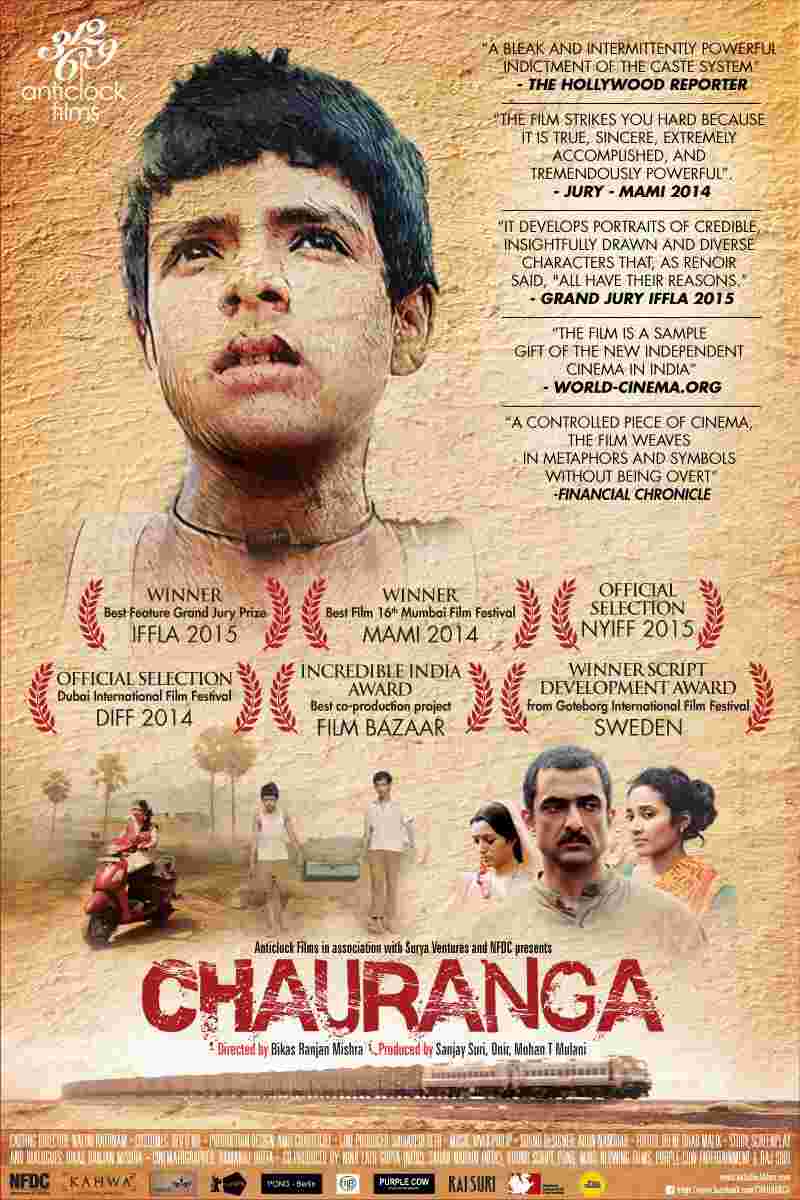 Like Neeraj Ghaywan’s Masaan and Chaitanya Tamhane’s Court, Bikas Mishra’s Chauranga is one of the much awaiting Indian Indie-film of this year. The film scheduled its theatrical release on January 8, 2016 through Dhrishyam films. Detailed information regarding the screening centers will be announced later. The Dhrishyam films, is one of finest indie-film production houses based in India. In the past, the company has produced films like Ankhon Dekhi, Umrika, Dhanak and Masaan.

Chauranga was developed at the Screenwriter’s lab organized by the National Film development corporation of India, in collaboration with the Locarno Film Festival and Berlinale Talent Campus.

Soham Maitra, sanjay Suri, Tannishtha Chatterjee and Soham Maitra handled the lead roles of the film. The film was Cinematographed by Ramanuj Dutta and produced by Anticlock Films.